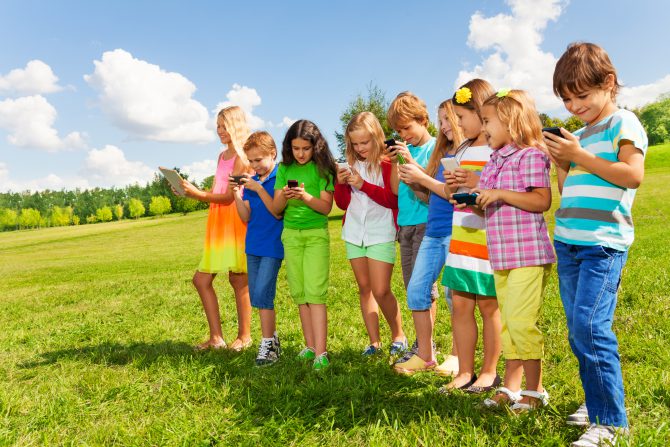 Although Pokémon hit Nintendo systems everywhere in 1996, making it a popular franchise among Millennials, the recent launch of Pokémon Go is ushering in a younger crowd, as well as their parents who are eager to get them out of the house.

The game, which is a downloadable app, requires that you create a character and choose a starter Pokémon, the little animal-like characters the game revolves around, and then you’re off to start exploring the world in the quest to “catch ‘em all.”

As many could’ve guessed, the game, which requires you to walk around to catch many of the Pokémon, has created an uptick in people’s daily exercise, and that has doctors and nurses singing its praises.

Women’s health authority Heather Bartos, an obstetrician/gynecologist and physician on the medical staff at Texas Health Denton said she first heard about the game from her young nurses. After trying to keep up with pop culture, she was happily surprised at how fun the game actually was.

“As a mom, wife and doctor I am on the go a lot and wear my fitness tracker religiously,” said Bartos. “So I’m very in tune with the steps I do each day. And games keep life fresh! On days where my daughter and I would play in our neighborhood I noticed my step count increasing.”

Bartos said any game that gets people moving, especially young women, is a great thing.

“Look at how everyone went crazy for Twister, Psy’s ‘Gangnam Style’ and Zumba and then their fitness trackers, to name just a few,” Bartos said. “Women want to be active, but have fun doing it! The last thing we need is anything with the word ‘work’ in it. I love fitness to be fun and entertaining!”

“It also got my daughter to join us on our walks. This resulted in additional family time. I believe this component is extremely beneficial for our society. Parental/family bonding is lacking in our fast-paced world,” said Long. “We need to make time to be together as a family.”

The game isn’t without its risks, though. For example, a teenage boy from Flower Mound was bitten by a snake while trying to catch Pokémon, and a 15-year-old girl in Pennsylvania was struck by a car on a busy four-lane road while playing the game.

These risks have urged many city officials to step forward and alert people of its dangers, like the Irving Police Department’s short YouTube Public Safety Announcement on how to play the game safely.

While there are several benefits to the app, Long lists a few things that people should be cautious of:

Bartos suggests playing the game in an air-conditioned mall or somewhere where there are a lot of people around so you’re not alone. And if you’re playing the game with a child, she suggests it be downloaded onto the parent’s phone and that the game must be played together.

Every time a player opens the app, they are greeted with a warning screen to be aware of their surroundings.

“Safety is an issue with these types of games,” Bartos said. “It’s a good lesson for young women to really think about their surroundings as well. A big concern for me is not driving and using the game or completely ignoring the surroundings to play it.”

A potentially expensive risk of playing the app is its dependency on data, which could skyrocket you past your current data plan, resulting in fees.

According to Business Insider, if you played the game for eight hours a day for a month, you’d consume just under 20 GB, which is well over the average 2-4 GB data plan.

Besides having a positive impact on exercise, the app has been a game changer for people living with mental health issues.

“Going outside is amazing for women with depression! Vitamin D and the thrill of seeking adventure are both endorphin boosters,” Bartos said. “For those anxious about big groups outside, they are probably not going to really resonate with the game, but if it appeals to them, start small and then work up to bigger groups.”

Although some speculate the game is just a fad and will eventually lose its allure, Bartos hopes it will motivate people to stay active even after the phenomenon ends.

“I always try to tell my patients to find something that’s fun,” Bartos said. “Archery is great for back and arms, dancing is great for core and legs. An obstacle course can be a super workout and it’s FUN.”